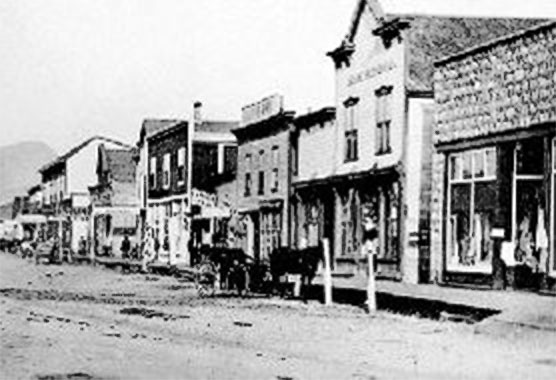 Bernard Avenue is named for Bernard Lequime, who together with his brother Leon Lequime laid out and developed the original Kelowna townsite in the late 19th century.  At this prime location, opposite the original CPR steamer landing, the Lequime brothers built a general store in 1904 to provide groceries, dry goods and other supplies during a period of early growth in Kelowna.

The Lequime Store was the first local building constructed of squared stone, which was quarried on nearby Knox Mountain.  It is the oldest surviving commercial building in Kelowna and has housed a variety of businesses over the years including various shops, a movie theatre and government offices.

Today you can enjoy an assortment of delicious food from any of the three restaurants that share this magnificent building.